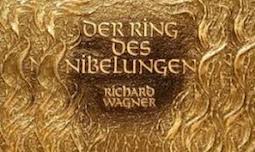 By Dr Jim Leigh
The new Ring at Bayreuth, first seen to concerted prolonged booing in 2013, was received with general warm approval in 2014 and one can readily see why. Director Frank Castorf ’s dramatic technique is “überforderung” or overload, that is, sensory overload. People who were initially flabbergasted have since been educated about his style. The same thing happened with Patrice Chéreau’s Centenary Ring of 1976.

Castorf is a theatre director and had never directed an opera before this Ring. He has however greatly influenced other opera directors, notably Kriegenburg (director of the Munich “gymnastic ballet” Ring); Schlingensief ( “decomposing hare” Bayreuth Parsifal 2004) and Meese (“god knows what” Bayreuth Parsifal 2016). Castorf ’s basic idea is that theatre should not force a linear narrative on the spectator, but rather get her/him to feel in the theatre the same uncertainty and insecurity she/he feels in modern life. We hear the news, watch TV and films, play video games, use mobile phones and i-devices, but do we know if what we see and hear is true or if it has happened seconds, minutes or months ago?. We get 24 hour continuous news on hundreds of different services and they all have different spin. Then there is the advertising.

Castorf is from the former East Germany (DDR) and obviously can still mount a strong critique of capitalism. Wagner’s Ring does this as well of course, emanating as it does from 1848, the time of the German attempted revolutions and Marx’s Communist Manifesto. It is love and not commercial property contracts that will create the new world order.

The main argument of Castorf ’s Ring relates to the parallel but different stories of oil exploitation in the East and the West. In the West we have a 1960s Texas gas station/motel on Route 66 and the New York Stock Exchange. In the East we have the 1920s Baku oilfield in Azerbaijan (Stalin started his career as a union official here), and the Schkopau plastic products of the DDR Buna chemical works. The idea is that oil (gold) leads to useless corrupt financial speculation in the capitalist West and socially useful household products in the socialist East.

The most overloading and disorientating effect of all, however, is the extensive use of film clips to show the Wagner Ring actions, which are not often in the correct time relation to the score and text and sometimes even contradict what is seen on stage. Another feature is the use of many supernumerary characters. One actor in particular plays

many different roles. Patric Seibert (also assistant to the director and dramaturg) seems to be on the stage for the whole cycle as a coach to the cast and the stage technicians, as well as representing bartenders, beer garden waiters, Siegfried’s bear and others. He was so omnipresent that Carole and I were tempted to play the children’s game of “Where’s Wally).

All main characters are constantly followed around by cameramen and their actions constantly repeated for us in the “news’ videos. This worked particularly well for me in closed room scenes but as intended, distracted somewhat when I didn’t know what to watch or believe.

Real motor vehicles (a Mercedes Oldtimer convertible, a BMW Isetta bubblecar and a metallic silver multi-purpose caravan) feature prominently but the biggest bang of the evening was the firing of a real Kalashnikov AK 47 assault rifle as Siegfried kills Fafner (who is only a man and not a dragon). The latter event requires a hearing loss health and safety warning to the audience in the evening cast list program! (Siegfried does not forge a sword but assembles one Kalashnikov from parts by comparing it to a second complete one as a model).

Another trick of Castorf ’s is to lead the spectator to think that some prop on the stage will be used to further the illustration of the text, but they are not. For example, the whole oil rig in Azerbaijan could be expected to blaze up in Walküre act 3 but only a single oil barrel does. At the end of Götterdämmerung Brünnhilde splashes petrol all over the set but again no great blaze occurs. Even in Rheingold there is a scene where Loge is playing around with a cigarette lighter near petrol and we expect something to happen and it doesn’t.

We do not initially see swimming Rhinemaidens, but the girls are seen later in a video clip. We could expect some sort of transformation of the upper floor of the Texas motel into Walhall but instead the only reference is a video clip showing William Randolph Hearst’s mansion Xanadu in California.

There is also a fair bit of violence and sexual activity on stage and some of this is in Wagner’s text. Some is not. Wotan first appears in bed in a motel room in a threesome with Fricka and Freia. In Rheingold Erda appears as an old girlfriend of Wotan - possibly as a prostitute or brothel madam, while in Siegfried Act 3 she “goes down” on Wotan in a way not intended by Wagner’s “hinab”. Hagen kills both Siegfried and Gunther with a baseball bat but Siegfried’s death is shown earlier in a different form on a video when he encounters the Rhinemaidens. Most of Wagner’s great scenes are passed over on the stage but shown in video clips. Nibelheim is in the silver caravan. The rainbow bridge is represented by the lowering of the Texan flag at the motel and its replacement by a gay rights rainbow flag.

There is a sword in a tree trunk visible on the first floor of the gigantic oil rig in Walküre Act 1, but Siegmund does not go near it. Instead we see a video of him pulling out the sword behind an adjacent workshop. The Siegmund- Sieglinde love duet is accompanied by a video of a woman eating a cake and then trying on nightie. As Siegfried is about to be conceived a giant picture of Lenin appears. The creation of a free hero to start the revolution is nigh.

There are some good effects. The gigantic oil rig is used spectacularly at times. The annunciation of death scene and the ride of the Valkyries take place at a great height on the stage. The dead heroes appear to be an allusion to the Kurdish chemical warfare victims under the Hussein regime. Wotan’s farewell is accompanied by a massive oil pump swinging like a cradle rocking, and threatening the orchestra pit cover.

Mime’s forge is again the silver caravan, now at the foot of Mount Rushmore. Fafner’s cave is in Berlin Alexanderplatz. The Woodbird, who sports an oversize Native American headdress in the style of Sitting Bull, not only tells Siegfried how to find Brünnhilde but also what to do with her when he awakens her. Wotan confronts Siegfried for the last time accompanied by a moving video clip of an old man in a vast forest. The sleeping Brünnhilde is not found where she was at the end of Walküre, near the oil rig, but at the foot of Mount Rushmore and the awakening scene and love duet follow a further scene change back to a beer garden in Berlin.

Here is inserted one of the most bizarre scenes in the whole production. At the end of the love duet two large crocodiles crawl slowly on to the stage; they begin to copulate. Then the smaller (female) crocodile eats a girl, who I assumed was the Woodbird without her extravagant headdress. Siegfried quietens the large (male) crocodile by feeding it the umbrella from the beer garden table. Then the female crocodile regurgitates the girl into Siegfried’s arms and, mightily relieved, he can finally start to do to Brünnhilde all the things that the Woodbird taught him about. Apparently in the first cycle of 2014 there were three crocodiles, a change since 2013, symbolising perhaps the next generation (after all Brünnhilde is shown in the Copenhagen Ring giving birth to a baby in the finale).

I took all this to be consistent with showing that Siegfried has still not learnt fear and to show some real dragons as Siegfried recalls the confrontation with Fafner (as a man) which also failed to teach him fear. Or possibly it was just a big joke by Castorf.

In Götterdämmerung, Siegfried farewells Brünnhilde in the silver caravan again, at the foot of Mount Rushmore, presumably close to Mime’s forge. There is no Rhine Journey and indeed there is no Rhine in the whole production. The Gibichung Hall (vegetable shop and doner kebab shop in Berlin) is supposed to show that just as the gods in Rheingoldare seedy and corrupt so also are human royalty. Gutrune arrives in an Isetta bubble car.

Some, but not all, of Hagen’s vassals also tote Kalashnikovs. The spear oath is sworn in the silver caravan which miraculously now re appears near the vegetable shop. The deaths of Siegfried and Gunther are described above. Brünnhilde just walks away at the end.

All this may remind you of the 2004 Schlingensief Parsifalwith its multiple distracting images. But Castorf is different. His Ring does relate to the fundamentals of Wagner’s Ring and somehow the stage goings on were not anywhere near as distracting for the spectator as those in the SchlingensiefParsifal.

Did all this also distract the singers or orchestra? Hardly at all.

Catherine Foster (Brünnhilde) was the standout. She sang effortlessly and she believed in the production. Others who impressed were Norbert Ernst (Loge), Markus Eiche (Donner), Claudia Mahnke (Fricka, Waltraute and 2nd Norn) Anja Kampe (Sieglinde) and Attila Jun (Hagen). As Wotan/Wanderer, Wolfgang Koch was at his best in Siegfried. He was much weaker in the lower lying passages in Walküre. Only Lance Ryan (Siegfried) really disappointed—and was booed by some.

The chorus was excellent (chorusmaster Eberhard Friedrich). The orchestra under new Bavarian State Opera director Kirill Petrenko performed with shining intensity and individual instrumental clarity, enunciating all leitmotifs, if not always in tempo with the singers, or indeed the stage actions. Thesets (Aleksander Denić) were magnificent, especially the oilrig in Walküre and the motel/petrol station in Rheingold. The video work (Andreas Deinert, Jens Crull) and the “extra” work of Patric Seibert deserve great praise. Patric also gave much illuminating insight into the production in a talk arranged by the Friends of Bayreuth in the Steingräber Haus.

Overall, I really enjoyed this Ring. Perhaps it is more Castorf ’s than Wagner’s but that did not worry me.

Some other points about 2014 in Bayreuth

Both Wahnfried and the Margrave’s Theatre were closed for renovation. Stefan Mickisch was not there due to illness but the monumental 9 CD set of his analysis of the 261 (yes!) leitmotifs in the Ring was available and able replacements for his introductory lectures were Sven Friedrich (free) in the Festival theatre itself this year and Hans Martin Gräbner in the Walhall Lounge (on the hill above Festival theatre) .The latter, who is new, gives talks at the grand piano, and sings, while you sit with a drink at a table for 12 Euro. He is no Mickisch but very good value. There are new and better train connections to Regensburg and Coburg for day trips. Thurnau by bus was also fun on the tiny local roads.

The future of Bayreuth?

The word is: don’t expect to see anything there in future except Regietheater. I think this is how it should be too. Under Katharina Wagner we have already seen major changes: her own innovative productions; hiring of radical directors; the early Wagner works performed at Bayreuth; performances in cinemas; children’s adaptations; on -line ticketing; “hot’ ticketing for more performances; and a modernised Wahnfried museum with a new section. Long may it continue thus.