Review of the reviews of: 'Wagnerism: Art and politics in the shadow of music' by Alex Ross 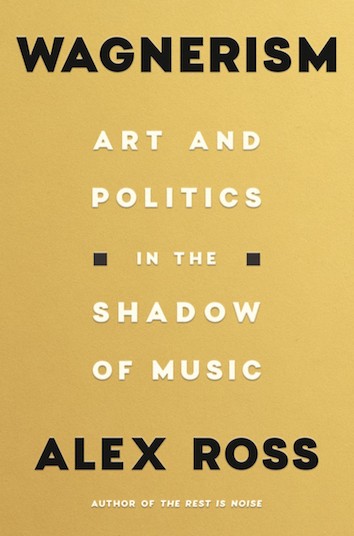 A very short review of the lengthy reviews of the lengthy book by Alex Ross. In case everyone/anyone has not (yet) read this book, seven hundred and eighty four pages, with more than seventy pages of footnotes, there are more than a dozen reviews which caught my eye. Most of them as prolix as Ross. Word count is often between two and three thousand words. There is just about nothing the reviewers, and Ross, do not touch on relating to Wagner. Encyclopaedic is the word. And heavily detailed.

Ross, and his reviewers, write about Wagner’s influence on writers, novelists, poets, philosophers,
mythologists, architects, painters, gays - have I left anyone out? Oh yes, there is less on composers and musicians, little about the music itself. Assuming there is already much written about the music? Or already enough? Is anything about Wagner enough? One of the more long- winded reviewers says that he has ‘scarcely touched on’ the richness of the book. In three thousand words?

As one who enjoys the recherché and detail, between 1901 and 1910 Wagner’s music was performed more than seventeen thousand times in Germany alone. We can imagine that today no serious artist, not to mention a classical composer, could begin to achieve that notoriety. Even with the help of the World Wide Web.

His music has been included in more than one thousand films. (many of them listed.) Not even John Williams comes close.

James Joyce is not one of my carefully read authors but it is nevertheless interesting to note that there are one hundred and seventy eight allusions to the Ring and two hundred and forty two references to Tristan und Isolde in Finnegans Wake. (A friend who knows Finnegan very well was delighted to hear those numbers!)

Much discussed are the famous people who loved and then came to dislike Wagner, as well as those who remained faithful to the end. People who expressed their reactions and connections in all different ways, from imitation to inspiration and much more. Among those famous people, who are mentioned by every reviewer, are W.E. B. DuBois and Theodor Hertzl - because of their disparity? Just going show no one and nothing is left out.

A serious Wagnerian friend replied, when asked if he was going to read the book, ‘Probably not. I love the music, not the insanity.” Is this book the insanity? With its overarching deep diving - yes, both - into all people and reactions and opinions and influences and styles and .... makes me feel a little insane just writing this.

My favourite quote from one of the reviews was from Woody Allen: “I can't listen to too much Wagner, it makes me want to invade Poland.”

“Ross’s achievement has been not to beat the drum for a particular way of interpreting Wagner, but to show how many drums have been beaten.” Simon Williams.

He also says, “Ross writes, first and foremost, because he loves to tell stories and there can be no grander reason for writing than that. Above all else, this book is a true pleasure to read.”

Then along comes Heath Lees who was a reader of the ms and worked with Ross on the book (and is mentioned in it twice) and had an interview with him. He describes the book as ‘breathtaking, magnificent’. This hour long excellent conversation is available to hear online. (For your diary - Heath will be talking to us on Zoom on 21 March.) Also there is a zoom interview between Stephen Fry and Alex Ross which provides an extra overview of the book, in personal terms, adding yet more to the vast panorama of the work, worth a look and listen.

[From the December 2020 Quarterly]