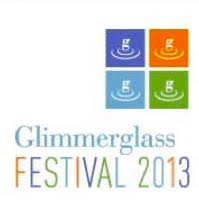 By Colleen Chesterman
Last August 2013, we decided to see the last cycle of the popular Seattle Ring. A long way to go for a week, so we headed first to the East Coast, spending three days seeing wonderful galleries in Philadelphia and Baltimore. We then spent four days in upstate New York at the Glimmerglass Opera Festival. Friends had recommended it after a visit a couple of years ago. In 2013 it featured a Francesca Zambello production of The Flying Dutchman.

The festival is based near Cooperstown, a charming town on a very beautiful lake named Glimmerglass by author James Fennimore Cooper. The Festival performs in a 900 seat theatre situated on the other end of the Lake from Cooperstown. Zambello has been director of the Festival for three years and has had great success financially and artistically. Each year the Festival presents two classical operas, one modern opera and one musical comedy. As well, visiting artists perform recitals and conduct master-classes; an ambitious young artists’ program provides training and experience for about 30 emerging artists each year.

The Dutchman showed the resident orchestra to great effect, with excellent playing in the crisp acoustic of the hall. The young artists provided the chorus and their dance training at Glimmerglass showed to great effect as the seamen pulled on ropes and performed hornpipes and the women mimed to the Spinning Chorus; some young artists performed in the smaller roles, such as the Steersman and Mary. The staging was very effective. Long ropes hung from the ceiling, used by the sailors to mime the pulling of sails and by the women as spinning ropes. Steel rigging at the back of the stage was silhouetted at times against harsh blood red light with figures climbing up, including Senta and the Dutchman for their final destructive embrace. Zambello excels in moving cast members and scenes were most dramatic.

The powerful production emphasised the erotic charge of the work, with Senta’s bed centre-stage at the opening as she dreamed of the Dutchman and re-appearing later for passionate scenes with the Dutchman and Erik. The youthful Dutchman, bass-baritone Ryan McKinny, was lean and tortured, with a leather jacket over his shoulders and a full tattoo on his bare chest. As Erik, Jay Hunter Morris showed frustrated passion, a much more powerful character than often seen. The Senta, soprano Melody Moore, sang with tremendous power and great emotional intensity as she played out her passion for the Dutchman and her highly charged rejection of Erik.

Zambello was a welcoming host, delighted to have visitors from so far away. She invited us to receptions and an excellent day-long seminar by a Yale academic on Verdi’s struggles with censorship, in which some young artists sang to illustrate different versions of censored arias. His birthday year was marked by performances of an updated and very witty translation of his much-censored King for a Day.

There is much to enjoy in the beautiful surroundings of the town and lake. At the other end of the lake, the 133-room Otesaga Hotel, built on the lakefront in Federal style with a front portico supported by massive 30-foot columns, hosts some Festival events. It was built by a wealthy local family, the Clarks, who also owned the Dakota apartments on Central Park West. Other Clark properties In Cooperstown are The Farmers’ Museum in characteristic old stone buildings and the Fennimore Art Museum, with an excellent collection of American Indian art and craft. And, who could resist the National Baseball Hall of Fame.

In 2014, Richard Strauss’s birthday year, Glimmerglass will feature a production of Ariadne auf Naxos, starring the Festival’s 2014 artist in residence, dramatic soprano Christine Goerke (who sang such a powerful Elektra for the Sydney Symphony Orchestra in February). Goerke began her career as a Glimmerglass Young Artist and will spend summer in the area, passing on her wealth of expertise.

The Seattle Ring has been reviewed in these pages in previous years. It certainly has some moments of great beauty, particularly the River Rhine scenes, but I found other sets rather crowded with tree roots and rocks - Rackham on steroids. The real strength is the quality of the singers: Stephanie Blyth, as an impressive Fricka, Richard Paul Fink as Alberich, Margaret Jane Wray as Sieglinde, Alwyn Mellor, an emerging Brünnhilde and marvellous Stefan Vinke as Siegfried. Stuart Skelton was a great Siegmund and Daniel Sumegi a powerful Fafner and Hagen. In a presentation, Blythe praised the direction of the actors by Stephen Wadsworth and emphasised that she had taken what she had learnt in Seattle into her performance as Fricka in the Metropolitan Ring. The second cycle also had an excellent one-day seminar. The conductor Ascher Fisch gave an excellent presentation on Wagner’s musical modernism. We hope that some time in his journeys to and from Perth, Western Australia, he may be able to present this in Sydney.