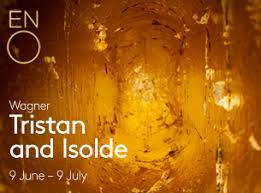 'Die Meistersinger von Nürnberg' - Glyndebourne, 29 May 2016
This was a special first-ever treat for me. A beautiful sunny, warmish May day. Train from Victoria, coach from Lewes to the Glyndebourne Theatre and parklands. Flowers blooming, patrons dressed up, linen covered tables scattered through the lawns and, lakeside, champagne and delicacies to eat, beautiful set, wonderful music and acting and some great singing.

It is a reprise of an acclaimed 2011 production by Sir David McVicar. The sets and costumes were outstandingly beautiful. Gerard Finley, Canadian baritone, was in superb voice as Sachs. American Amanda Majeski’s voice, as Eva, was a beautiful clear shiny soprano. David Portillo was a lively, engaging David. (NOTE, David Portillo also sang superbly in the recent Opera Australia production of Cosi Fan Tutte—also a McVicar production). Jochen Kupfer sang Beckmesser and for me he was a delight. Tall and slim with long black hair he tossed to great effect, he camped up the role in Restoration comedy style, with fine voice and acting. In the finale, Sachs went over to Beckmesser to make peace. Beckmesser refuses the hand of friendship and sulks off...very much in character. The only disappointment was Michael Schade’s Walther— a tight tenor which made one relieved that he actually made it to the end of the Prize song. In summary, a great and memorable day out in every way.

A great deal of expectation for this new production. The incoming Artistic director, Daniel Kramer, was described as “the irrepressibly optimistic 39 year old American .” However, the combination of Kramer’s “optimism” (read inability to maintain some overall consistency in era, time and place) and Anish Kapoor’s lack of consideration for both audience and singers in the sets resulted in a very mixed and confusing production.

In Act I, the set consisted of three golden wooden pyramids, on their sides, creating three triangular spaces—the left forIsolde and Brangäne, the right for Tristan and Kurwenal, and the middle for King Marke and his retinue. The golden effect was beautiful, but unfortunately when the singers were not at the absolute front of the set, they could not be seen by the audience on the other side. Isolde, with the blackest of long hair wigs, began the Act dressed in a full length cape andwhite diaphanous shift underneath. Brangäne had a wiry-looking silvery wig, black belted dress and black stockings, very red lips, and two rouge spots. She resembled MargeSimpson. As the Act progressed, Brangäne dressed Isolde withone garment piece after another—bodice, wide cane frames, silvery skirt over that, finally, an embroidered grey skirt. Isolde eventually looked like a very old version of Diego Velázquez’sInfanta in Las Meninas. In the right hand triangle appeared Tristan. He too was dressed elaborately by Kurwenal. Over basic black pants and top was put a grey pleated skirt, then epaulettes resembling grey propellers sticking out from his shoulders. A Samurai-like outfit apparently. Completely out of synch in time and place with Kurwenal,who was dressed like an 18th century court attendant, also with puffed up wig. Early into Act 1, Isolde cut her arm with a knife that had been concealed in her sleeve—blood flowed. (I had never seen Isolde as an impulsive wrist-slasher... or someone with a Borderline Personality Disorder..... this was ridiculous).

The singing?? Stuart Skelton was in magnificent voice, with clear tone and diction, a beautiful mellow voice. After they had drunk the love potion, and he sang “Isolde,” shivers ran down my spine. Heidi Melton was in patchy voice in Act 1— sometimes sweet soprano, sometimes quite delightful, other times screechy and harsh; lumpen presence and wooden acting. Karen Cargill’s mezzo, similarly, I thought was patchy—at times just lovely on the ear, other times harsh. Matthew Rose (King Marke) was satisfactory, with some deep, resounding authority in his voice.

Act II. Anish Kapoor, for my money, made a serious mistake here. The set consisted of a three dimensional sphere suspended in the middle of the stage; its cave-like inside was filled with crusty fake cement with hidden vertical paths. Tristan and Isolde had to sing their wonderful love song whilst clambering up and down paths through the crusty cement, several times missing their steps and causing a vile distraction from their sublime music. At the end of this, they both did a bit of wrist slashing with an odd shaped carving knife, with more blood spilt, resulting in a team of white coated Medics rushing onto the stage. Tristan and Isolde were then wrestled into hospital beds, and King Marke sings his what-should-be- heart -wrenching cry of sorrow and betrayal to two hospital invalids who lay passively under their strapped down hospital covers. The pathos of Marke’s solo was thus completely lost. Eventually Tristan managed to roll out of the bed and rushed at Merlot, who stabbed him. Merlot had a Hitleresque look, with a lock of brown hair hanging over his forehead, and a red cross across his eyes and down his nose.

My comment here is that the “irrepressibly optimistic” director Daniel Kramer would have had to be delusionally optimistic if he thought this hospital scenario was interesting or original, or could add anything whatsoever to an already very dramatic and musically superb climax. The orchestra and Heidi Melton at times during the love duet drowned out Skelton, which I found VERY annoying.

Act III. A bit of the crusty moon-shaped object was seen; the rest of the stage was bare. Lighting cast strange and interesting shadows against the back wall. Tristan was now wearing a long straggly grey wig, and was reclining on a heap of blankets, under his doona. He looked like Billie Connolly. Tristan’s singing was wonderful, beautiful, fabulous.

The jarring element here was Kurwenal—dressed and acting like a court jester, bald, white faced, red cheek spots, running and hopping around like a clown, climbing a ladder and looking out, even seemed to be telling jokes to cheer Tristan up. In the finale, the lover’s cement cave was lit up, and Isolde appeared in it. Her singing of the Liebestod was uninspiring. However, the final scene worked beautifully, as Tristan climbed into the bottom of the cave and Isolde held him in her embrace (re-united at last—in fantasy).

The English reviewers were uniformly highly complimentary of Stuart Skelton:

“ I doubt there is another tenor around today who could sing the role of Tristan in English with anything like the authority, sustained beauty of tone and intensity that Stuart Skelton brings to it here” (The Guardian ).

“Skelton must surely be regarded as one of the finest Wagnerian tenor before us today. His tonal clarity, crisp diction, firmness and attention to the detail of Wagner’s vocal writing are rarely to be found in a single singer” (Bachtrack )