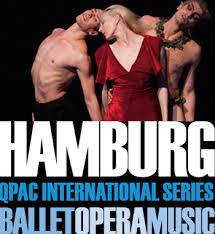 By Colleen Chesterman and Terence Watson
It was a memorable occasion for those Society Members who were able to attend all or some of the Brisbane concerts, in which Simone Young conducted the Hamburg State Opera and Philharmonic Orchestra in two concert performances of Wagner’s Das Rheingold (23 and 25 August) and one performance of Mahler’s Second Symphony, the “Resurrection,” (24 August), with the Brisbane Mahler Chorus specially formed by the Queensland Performing Arts Centre and trained by Chorus Master Emily Cox .Ms Anna Larson, Alto, and Ms Hayoung Lee, Soprano stepped out of their roles in Das Rheingold as Fricka and Woglinde, respectively, for the powerful and subtly directed performance that made the most of the QPAC Concert Hall’s clear and clean acoustics.

It was a special delight for all NSW Wagnerians in Brisbane to have the chance to hear Society Member Deborah Humble singing after her recent interview by Damien Beaumont at the Society’s 17 June meeting. Members now have something special to look forward to in the 2013 Melbourne Ring Cycle after hearing Deborah’s rich creamy mezzo tones bringing warmth and clarity to Erda’s sombre warnings to Wotan.

The whole of the cast, though, was noteworthy for the consistency of the standard of singing, with the occasional bit of by-play between the performers as moments of their stage performances crept into this concert staging, adding life to a format that sometimes can be static and perfunctory. Wotan and Loge seemed to have a bit of a “bros” relationship, especially in the Nibelheim scene, with Wotan punching Loge in the arm as he egged Alberich on to outdo his magicking by turning himself into a toad. (This interaction became even hammier in the second performance, with Sacher and Struckmann making the most of their chance to bring some light relief to the otherwise serious subject.)

Sacher, though, overall, came close to stealing the show with his somewhat louche, insolent and sardonic attitude and richly varied vocal characterisation of this trickiest of the gods. On this appearance, Hayoung Lee and Vida Mikneviciute had by far the strongest voices or best projection, with Mikneviciute, though, also being able to project vulnerability and anguish at her fate. Larson was able to suggest a subtle power in contrast to Struckmann’s Wotan by means of her stature. Struckmann’s commanding bass baritone voice projected Wotan’s masculine swagger while having room for some torment and frustration as his triumph in acquiring the ring is punctured by Erda’s warning. Martirossian was particularly impressive with a rich and clear bass as the victim of Freia’s charms. The Rhinedaughters also showed an easy interaction flowing from their stage performances that added to the pleasure of hearing their nicely differentiated voices blending. Even though he has not yet performed Alberich in the Hamburg Ring Cycle, Schulte is clearly in vocal command of this role, with his voice very effectively balancing Wotan’s – and his scream of pain and anguish when Wotan tears the ring from his finger was convincingly spine-chilling. The remaining singers demonstrated the depth and evenness of talent in this team that is a great advertisement for the complete cycle in May-June 2013.

If the singing did not convince one of the quality of this Wagnerian team, then the orchestral playing certainly should have erased any doubts. Under Young’s authoritative direction, showing her experience in conducting many cycles in may houses, the orchestra shone like the burnished Wagner

tubas in the brass section. In an interview before the ABC’s broadcast on Sunday, 26 August 2012, Simone responded to a question about the difference between a concert and a staged performance of Das Rheingold, by saying that orchestra members had commented to her that it was wonderful change to be on stage to be able to hear each other more clearly and to interact more directly than when in the pit.

While the orchestra may have been making a special effort to impress their Australian audiences, they could not have achieved such an impressive impression without an underlying technical proficiency of a very high order and deep musical sensitivity. The orchestra responded almost instinctively (as one might expect after such a long association) to Young’s direction that varied the music subtly and evocatively to make the music shimmer and growl, menace and uplift to match the text’s mercurial changes of mood and import. The Concert Hall’s wonderfully clear and clean acoustic enabled us to hear the “innards” of Wagner’s complex harmonic and structural patterns more clearly than is often the case, giving us a better understanding of how Wagner weaves his magic on our ears and minds.

All in all, if you attended the concert, your Editor thinks that you would have had an outstanding experience of Wagner’s music at the highest level. The only improvement would be to see the work in a staged performance – and that is on offer during Wagner’s bicentenary in Hamburg – and many other places in Europe, the USA and Australia.