The original 'swan' logo of the Wagner Society in NSW which is pictured below was designed by founding member Michel Arnould at the Foundation meeting on 26 October 1980. 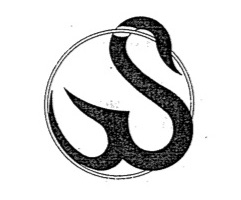 Mike Day remembers when the new logo was adopted in 2013::

In the last newsletter, our President Jane Mathews credited me with initiating the project for the new image for the Wagner Society in NSW. The project was run by UTS Shopfront, which encourages community access to the University of Technology, Sydney (UTS). The staff “link community organisations to UTS’s knowledges, skills, resources and professional expertise to do community- initiated projects and community-engaged research with real social benefit.”

Our application for this free expertise was initiated by committee member Colleen Chesterman, who knew about the programs; she and Peter Murray wrote a proposal for students to update the Wagner Society image across all our communications: letterhead, membership cards, flyers, newsletter, web-page and so on. The Committee wanted a clear, modern image, one that would appeal to young audiences. The project was one accepted by the School of Design, which enables groups of final year students to experience working with clients from community groups. I joined the liaison group after my election to the Committee.

During the semester during which the students worked on the designs we also involved Jane Mathews, Terence Watson and John Studdert. We were presented with 4 possible logos and unanimously selected the one you now see. For their commitment and professionalism we would like to thank Pauline O’Loughlin, Director of Shopfront, Ivana Gabrielle Gattegno, the tutor and the four students: Reece Grogan. Holly Mooney, Povi Pullinen and Kael Xu, who contributed so much skill and enthusiasm to the project.