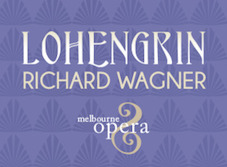 The Opera Australia Concert Performances of Parsifal - 10, 12 & 14 August 2017
By Colleen Chesterman
And so it came to pass ... for 3 nights in August the Sydney Opera House Concert Hall was filled with enthusiastic audiences watching and listening to Wagner’s last and most cerebral opera, with its extraordinary music. Although the audiences were undoubtedly drawn by the presence of highly praised German tenor Jonas Kaufmann, the performance delivered much more. I and Michael Chesterman were fortunate to have seats in the centre of the third row, close to the singers, even if the surtitles were blocked. We found we were next to friends just returned from three months in Europe. We heard from others with seats further back and in the gallery that the sound was sometimes unsatisfactory. But this was not our experience.

Major praise must go to conductor Pinchas Steinberg. He controlled the Australian Opera Orchestra with delicate gestures and coaxed a wonderful depth of sound. The orchestra responded brilliantly, freed from the constraints of the Opera Theatre’s cramped pit accommodation. Also liberated to produce thrilling singing were the forces of the Opera Australia Chorus, behind the orchestra in the choir stalls. It was a magnificent achievement by both groups.

The first and third acts were dominated by splendid singing by Kwangchul Youn as Gurnemanz, in his narration of the damage afflicting the Knights of the Holy Grail. His rich bass expressed sorrow and pity at what had befallen his community. We had seen him at Bayreuth in the famous Stefan Herheim production, but the complexity of the narratives and symbols in that production did not give Youn the same space to depict his wisdom and sadness as did this concert version.

The title role is a signature one for Jonas Kaufmann: his beautiful voice and expressive delivery establish a significant benchmark. He movingly conveyed Parsifal’s simplicity and his difficulty in understanding how he has offended by killing the swan. His confusion in responding to the temptations of Kundry’s kiss was also well shown. His assumption of the role of saviour of the community at Montsalvat was also movingly portrayed.

Michelle de Young as Kundry was somewhat disappointing, her high notes sometimes piercing; at times there was a harsh quality in her voice. In the first act, however, her voice was richly portentous and coloured and in the attempted seduction in Act 2, she added warmth and forceful power.

The local cast members matched the imports. Warwick Fyfe was a powerful Klingsor, his voice rich and violent when expressing the character’s anger and hatred. As the wounded Amfortas, Michael Honeyman sang very well, as he did earlier in the year in King Roger. In smaller roles of esquires, knights and flower maidens, other Opera Australia soloists presented strong performances. In particular, Anna Dowsley shone with her warm mezzo in a range of roles. So, even though not performed in the unique acoustics of the Festspielhaus for which it was designed, this was an outstanding production by Opera Australia.

Not all members would agree. Dennis Mather and John Studdert shared on Facebook their dissatisfaction over paying top dollar for underwhelming overseas singers. Bruce King described the Prelude to Parsifal as one of his favourite pieces of music. He expressed disappointment that a concert version is all we will ever see at the Opera House, since the Joan Sutherland Opera Theatre is simply not adequate for a full staging of the work. And indeed this is a pity, because dramatic interest is lost. Like Bruce, I regret the loss of stage effects. I cannot forget the Harry Kupfer production in Berlin in 2002, in which the Grail Knights moved in groups of three, embracing each other for help and support, which powerfully depicted the downfall of the order. The visually demanding and psychologically complex Herheim production, seen in Bayreuth in 2009, referenced German history of the second Reich through black eagles’ wings, Freudian psychology, Weimar decadence and Nazi violence—confusing at times, but stimulating and exciting. By comparison, a concert version enables us to impose our own visions of the meaning. And like most other Society members whom we met, I was swept away by the music.

Melbourne Opera’s Production of Lohengrin - 7, 10, 12 & 19 August 2017
By Michael Chesterman
Given that Melbourne Opera receives no government funding, the standards achieved in this production were remarkably high. The approach taken by director Susan Chaundy was essentially traditional and straightforward, though an unusual twist was to highlight the opposition within Brabant between an established pagan Norse-based religion (to which Ortrud adheres) and Christianity (of which Lohengrin is akin to a prophet). As she explained in a program note, Chaundy sought to do this by incorporating a large overhanging branch of the tree known as Ygdrassil in old Norse myths into the set for Acts One and Three and setting Act Two in a Christian cathedral. Since in Lohengrin the only overt references to Norse mythology are brief mentions of the gods Wotan and Freya during Act Two, this would appear to be drawing a long bow. But the sets and accompanying video projections were both striking in appearance and visually pleasing.

The principals were uniformly first-rate. As Lohengrin, Romanian tenor Marius Vlad maintained a clear, if at times slightly muted, tone and provided a characterisation that consistently emphasised the dignity and integrity of the Grail knight. As Elsa, the Australian soprano Helena Dix radiated warmth in personality and vocal tone and in Act Three was most moving in her self-recriminations and lamentations for having asked the forbidden questions. A second Australian principal, Sarah Sweeting, sang Ortrud with great intensity and menace, but moved somewhat awkwardly. Much the same could be said of the performance of Icelandic baritone Hrolfur Saemundsson as Telramund. Australian bass Eddie Muliaumaseali’i was a wonderfully dignified and sonorous King Heinrich.

The Melbourne Opera Chorus, whose members are (I gather) unpaid, sang impressively and moved very well, except that occasionally the children amongst them had to be reminded by their elders as to where exactly on the stage they should be standing. The orchestra, conducted by David Kram, played very well. The trumpeters’ heraldic calls were particularly impressive because they emanated from boxes high up on either side of the front stalls. As it happened, our seats were well forward in the front stalls, so the stereo effect was definitely not lost upon us. All in all, Colleen and I greatly enjoyed reacquainting ourselves with Lohengrin, wonderful opera that it is, after an excessively long period of time during which, as far as we know, it has not been staged in Australia.