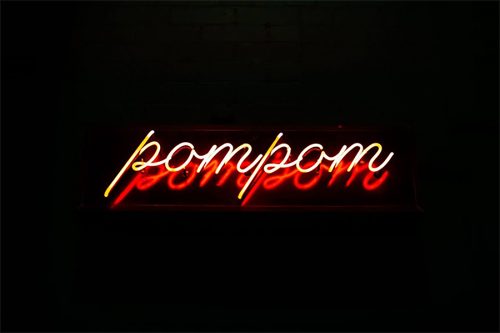 By Terence Watson
Quinteros’s exhibition was advertised on the back of the last Quarterly. Australian born Quinteros lives and works in Sydney and earned a Bachelor of Visual Arts (Hons) at Sydney College of the Arts, University of Sydney. Your Editor took a look towards the end of the exhibition. I was quite surprised at what I saw. Imagine 7 paintings in Japanese anime style, with female figures representing all the roles in the particular scenes Quinteros chose to illustrate (and by extension the whole Ring Cycle). You can see images of the paintings at Quinteros’s Tumblr website pages at: http://sgquinteros.tumblr. com/tagged/catalog%3A2014: Das Rheingold sii Wotan, Gemahl, erwache! (Wotan, husband, awake!); Rheingold siv Weh! Noch blitzt ihr Blick zu mir her... (Ah, her gaze still gleams on me here...); Die Walküre A1si Erfrischt ist der Mut (My spirits are refreshed); Die Walküre A2siv Doch Eines sag’ mir, du Ew’ge! (But tell me one thing, you Immortal!); Siegfried A2siii Nur Sehnende kennen den Sinn (Only lovers know its meaning); Götterdämmerung A1sii Hier sitz’ ich zur Wacht (Here I sit on watch); Götterdämmerung A2siv: Schwurwissender Eideshort / Nachthüter (Oath-witness and lord of vows/Guardian of night).

It was part of Quinteros’s intention it seems to challenge our usual understanding of The Ring Cycle not only as a battle between power and love, as is often claimed, but also masculinity and femininity. Rather like seeing a Globe Theatre production of a Shakespeare play with an all-female cast, this series of paintings forced me to think about the kinds of relations that might exist between women playing the roles usually accorded men. There was also an undoubted sexual undercurrent in the works that is reflected in Wagner’s own theorising: that is, there is an element of female homo-eroticism, especially from a male perspective. Wagner’s essay The Art-work of the Future features imagery of women representing three arts (Dance, Poetry and Music) dancing erotically together and kissing each other, so there is some justification for Quinteros’s exploration of this inversion of roles.

According to the Gallery handout about the paintings:

The exhibition’s title refers to the character who is arguably the protagonist of the cycle, Wotan, the head of the old gods. Following a line of thought that reads the narrative as an allegory of broader social evolution, Wotan represents the personified force of humanity’s collective, historical transcendental impulse, and specifically acting as an agent of authority stemming from transcendental ideals (the law). It is in their relation to this principle that all the other figures in the narrative are defined. The story of the Ring cycle follows a trajectory of increasing dissolution brought about by a primordial fracture of innocence that has caused truth to become incommensurable with virtue and love, ending with a total collapse of the world and the beginning of a new order [http://sgquinteros.tumblr.com/wotanerwachetext].

This is a fine summary of the music-drama’s overall meaning, especially as it reflects Wagner’s early Romantic influences, from such philosophers as Fichte, Schelling and Hegel, and such artists as Goethe, Schiller, Hölderlin and Friedrich Schlegel (whether or not Quinteros was aware of this influence). An apparently anonymous review from Sneaky.com summarises the many elements out of which Quinteros constructs his images:

Quinteros’ paintings contain many curious references to both contemporary and pre-modern cultures. The scenes resemble Japanese dance and opera forms such as Nogaku and Kyōgen, but the performers are often displaced, reconfigured as Cosplay-Zoku characters in blocky, geometric video-game worlds resembling Tetris and Super-Mario. The virtual world is a digital successor to the dream world that comes in and out of mythology including the Norse mythology that inspired Wagner’s Ring Cycle narrative. Quinteros’ latest exhibition, Wotan, Erwache!, references the Ring Cycle, and continues the artist’s investigation of the theatrical and the mythical. The selection of the opera is itself a fascinating and appropriate choice for Quinteros, as Wagner incorporated influences as diverse as epic Greek poetry and the Icelandic mythology of Völsunga saga and the Poetic Edda into his four sprawling acts, which total around fifteen hours in length. This opens Quinteros’ work up to a multitude of possible readings, especially coupled with the vastness of cyberculture. Like Skynet, Wagner’s Ring Cycle ends in a kind of apocalypse, an armageddon that destroys and restarts the world. www. sneakymag.com/art/sexy-sexy-painting.

SNEAKY describes itself as “...a Sydney and Melbourne based magazine about art, music, culture, creativity, design, fashion, girls and boys, religion, mental illness, technology, insanity, race, the streets, movies, whiskey, tequila, weird people, oddball lifestyles, history, failure, deviants, friends, life, cocktails, and fun.” A Wagnerian could have much fun in identifying symbols from the opera: helmets, swords, goblets, spears, and the gold, but might have more difficulty working out who the figures are and whether their positioning in the paintings is meant to add to the symbolic significance of the works (because of the “conversion” of all the males characters into females).

The comments quoted above from the review, in fact, are quite illuminating about Quintero’s purpose(s) in painting these seven works. The same cannot be said for the following extract from the Gallery handout, which your Editor finds almost impenetrable:

In relation to the paintings, Wagner’s Ring acts as a substructure, a linear series of episodic configurations
of motifs that have been recontextualised into new visual compositions within a matrix of contemporary themes, whilst retaining a reflection of the original work’s mythological kernel through the archetypal images of the narrative’s key symbols. .... The works of this exhibition extend the premise of that moment of transcendent authority’s ‘sleep of reason’ into a neo-capitalist cybernetic dream-world: a fictitious future, an endless metropolis of steel and glass envelopes; and within, a harem of packages, seams and signs. Role-playing upon this resplendent commercial stage are virtual idols heralding the “the first sound from the future,” paradigms of feminitude and youthitude. The actors’ homogeneity stems from a thematic binary: in diametric opposition to the ideal of the law is the passive ideal of the young-girl figure. [http://sgquinteros.tumblr.com/ wotanerwachetext]

I think it means that Quinteros was having fun translating his perception of Wagner’s work into contemporary imagery to show that Wagner’s critique of capitalism is still relevant and that a feminist critique of power, and contemporary fetishising of youth culture, can be imported into The Ring Cycle. Indeed, there have been many productions of The Ring Cycle based on much less “theory” than Quinteros’s interpretation.

On 11 May 2014, Julian Day interviewed Quinteros about his exhibition and you can listen to it on the ABCs Classical site www.abc.net.au/classic/content/2014/07/11/4044655.htm. Day introduced the program thus: “It’s not often that we talk about silent paintings in a program about experimental music. However tonight you’ll meet a young Sydney painter for whom Wagner is a central influence.” As part of his program, Day played two works based on motifs from Wagner’s operas.

The first was by Dieter Schnebel (1930) using the Freitagzaubermusik from Parsifal: Wagner-Idyll für Kammerensemble und Singstimme ad lib (1975). (Singstimme is a mixture of Sprechstimme or speaking in pitch and singing.). “Schnebel was originally a strict serial composer... before an increasing anti- dogmatism spurred him on to develop experimental concept and process composition methods... in which he exploits the use of the human voice in previously unknown dimensions ranging from whispering and wheezing to screaming.”

www.schott-international.com/shop/php/Proxy.php?purl=/ essh/persons/featured/17066/index.html. You can listen to the work with Katarina Rasinski, soprano, and the RSO Saarbrücken, with conductor Hans Zender, at www.youtube. com/watch?v=HSQumCTemUk.

Scored for piano, tape and full orchestra, it takes the form of a homage to Richard Wagner’s opera Tristan und Isolde, with the piano providing preludes to a series of widely divergent material, both live and on tape, including direct quotations from Brahms’s First Symphony and Chopin’s Funeral March, a birdsong-like treatment on tape of a recording of a soloist singing Isolde’s part and a child reading extracts from Joseph Bédier’s account of the death of Isolde (in the English translation by Hilaire Belloc) as well as a recording of a human heartbeat.” http://en.wikipedia.org/wiki/ Tristan_%28Henze%29

I liked the overall pastel grey, blue and pink colouring of the paintings, with each having a particular highlight colour, orange in one, acid yellow in another etc. The technical skill in executing the paintings is very impressive, explaining why Quinteros has been well received in the art world. I found the music more interesting than the paintings, but that reflects my sensory preference for hearing over seeing. For another perspective, you can read a plain English and informative review by Chloé Wolifson on the Raven website: www.ravencontemporary.com.au/review-samuel-quinteros-wotan-erwache.